Nothing makes me feel like a “real” blogger than when I do empty posts. Call me crazy but there’s something about rummaging through products you’ve used up that not only feels awesome for using up stuff but just so blogger-ish. Now you guys know the drill I talk to you peeps about products I like and weather I’d repurchase them.

So let’s get started!

Used this throughout the winter months and halfway through summer. It’s hydrating, nourishing, a little on the heavy side but for the colder months it works wonderfully! It doesn’t take too long to sink in and just made me skin feel and look happy!

Would I repurchase? Probably not I’m discovering so many night creams I’m obsessed with and they’re all pricey so I need to be picky with what I repurchase.

I don’t struggle with redness as one of my skin issues so this serum isn’t really targeted for me but I enjoyed this serum nevertheless. It didn’t feel sticky or tacky and really refreshed the skin and had a cool feeling to it. It also of course came with hydration as well. It was a really nice serum!

Would I repurchase? No because I don’t struggle with redness

The product itself was hydrating, quick sinking and made the skin feel really nice. My pickle was the packaging and it was a big pickle! It was so runny that when you pumped it out it would spill everywhere. I tried to apply it on a cotton round but while it was runny it had a higher density than something like a toner so it the cotton round wouldn’t absorb it properly and it would once again … spill everywhere. I liked using it but the packaging sucked!

Would I repurchase?  No because the packaging sucked.

This mascara was super volumizing, gave the lashes length, flare + drama. It’s one of my favourite mascaras and I used it for so long and kept it longer than I care to admit so I had to get rid of it. It’s a seriously awesome mascara however and very underrated so I do recommend it!

Would I repurchase? Probably just not right away … I have too many mascaras at the moment.

I’ve mentioned these sprays in almost all of my empty posts as I was on a quest to use them up. I “used up” the last two as you know for dampening my beauty blender but not really as these last two had a faulty spritzer. So they’re not actually empty but unusable so it’s time to say adios! The spritz was basically like a hose on your face which stuffed up makeup so it’s a no from me and I’m pretty sure they are finally discontinued …. Deservedly so!

Would I repurchase? Hello no!

This cleansing oil melted away makeup very well. It’s more on the oily side so those with oily skin types may find it leaves a tiny bit of residue. I personally had no issues with it because it did the job and didn’t leave me feeling greasy! It felt super nourishing on the skin as well. Also this one had lots of better ingredients which is always a plus! It’s the kind you could use as an actual cleanser as well not just to remove your makeup.

Would I repurchase? Maybe though I’m all over the place with my cleansing oils and this one isn’t available in store.

This is an awesome everyday setting spray. It settles down the powdery look to the skin, gives some hydration and refreshment. Has a lovely fine + even mist and keeps the foundation looking fresher for longer. It’s one of my favourite drugstore setting sprays!

Pixi have a strong skincare game! This serum was no exception! It was hydrating and felt like a big drink of water for the skin. It also felt light-weight, sunk in quickly and felt refreshing on the skin. I didn’t like the rose petals though because they were difficult to blend into the skin.

Would I repurchase? I liked it but wasn’t crazy about it enough to repurchase. There are other pixi serums I’m curious to try.

You guys know how much I love gel moisturizers. This particular one is more cream than gel but I still found it to be very hydrating (duh!), light-weight, quick sinking. It felt like a gel moisturizer only not to the level I usually prefer. I enjoyed using this nevertheless and it worked so well underneath makeup.

Would I repurchase? Only on sale as it’s pricey and not right away.

This cleanser really impressed me. It’s the only cleanser I’ve tried so far that really cleans the skin, without drying it out and on top of that it hydrates the skin nicely. It looks like a red clay mask when you squeeze it out but of course it isn’t. It felt very gentle yet purifying on the skin – I really liked it! My only complaint is the packaging, as you use the product the shape of the tube changes and it stops standing up on its own which is annoying.

Would I repurchase? Maybe, though I wish it was available in many places though it’s from a small Aussie brand.

This facial mist was nice but it didn’t blow me away or stand out to me in anyway. It was refreshing and hydrating and contained more natural ingrediants which is a plus! The bottle is only 50 ml which I don’t like as I run out of facial mists crazy fast.

Would I repurchase?  No.

Another facial mist, this one I quite like. It’s affordable, hydrating, refreshing and made the skin feel nice and calm. I’ve gone through two bottles and this is my third, it’s great to have in the arsenal or to even throw in your gym bag to refresh your face.

Would I repurchase? Yes just not straight away.

I loved the packaging and how luxe it felt. The serum itself was hydrating, thin in consistency and sunk into the skin quick. It didn’t blow me away (but I haven’t found a serum that has blown me away yet). I really liked using it and loved how hydrating it was without making my skin feel sticky.

Would I repurchase? Probably not

I know an actual haircare product made an appearance – it’s like a rare sighting of big foot! While I am as lazy as you can get with haircare products I do use a little somethin’ somethin’. This stuff helps tame the ball of frizz known as my hair without making my hair look greasy!

And that wraps up the post! Have you tried any of the products mentioned here today? What products have used up recently? Drop a comment and let’s chat. I hope you all have a great day and I’ll see you in the next post!

^ Disclaimer: Products marked with a (*) were gifted to me for consideration. This is not a sponsored post and there are no affiliate links. Any links provided are solely there for convenience. All opinions are my own and 100% honest. I share with you guys my experience with beauty products, this does not make me an expert. 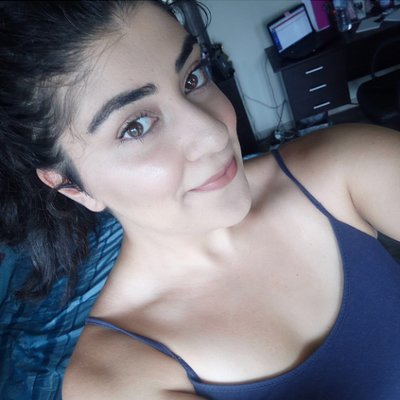 Keep up with the newest posts?